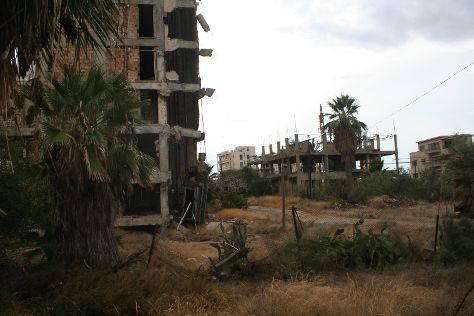 Just east of the capital sits Famagusta, an ancient port city with archaeological attractions, as well as an abandoned quarter that is popular among tourists as a symbol of the conflict between Turks and Greeks.

Your day-by-day itinerary now includes Ghost Town Varosha. Start off your visit on the 21st (Mon): steep yourself in history at Famagusta City Walls, contemplate the long history of Salamis Ancient City, step into the grandiose world of Othello Castle, then see a world frozen in time at Ghost Town Varosha, then contemplate in the serene atmosphere at Lala Mustafa Pasha Mosque, and finally explore the world behind art at Traditional house.

To see ratings, reviews, more things to do, and more tourist information, you can read our Famagusta attractions planner.

Things to do in Famagusta