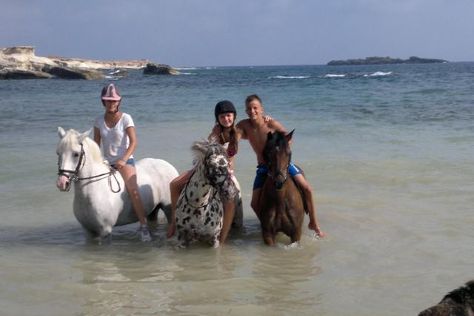 Step off the beaten path and head to George's Ranch and Aphrodite's Beach. You'll visit kid-friendly attractions like Paphos Aphrodite Waterpark and Island Cove Adventure Mini Golf. Explore the numerous day-trip ideas around Paphos: Aphrodite Trail (in Latchi), Akamas Peninsula National Park (in Neo Chorion) and Edro III Shipwreck (in Peyia). The adventure continues: test your problem-solving skills at popular escape rooms, explore the historical opulence of Paphos Harbour Castle, explore the ancient world of Tombs of the Kings, and get to know the resident critters at Pafos Zoo.

To see more things to do, other places to visit, maps, and more tourist information, read our Paphos trip itinerary site.

Stockholm, Sweden to Paphos is an approximately 10-hour flight. You can also do a combination of car and ferry. The time zone changes from Central European Standard Time (CET) to Eastern European Standard Time (EET), which is usually a 1 hour difference. In July, Paphos is a bit warmer than Stockholm - with highs of °C and lows of °C. Wrap up your sightseeing by early afternoon on the 9th (Fri) to allow time for travel back home.
more less