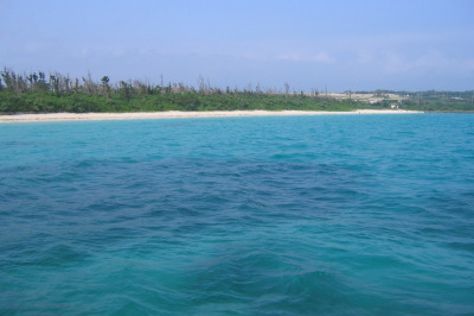 A city jurisdiction formed after the merger of several towns in 2005, Miyakojima spans six linked-up islands.

Ipoh, Malaysia to Miyakojima is an approximately 15-hour combination of train and flight. You can also do a combination of train, car, and flight; or fly. Traveling from Ipoh to Miyakojima, you'll lose 1 hour due to the time zone difference. Plan for little chillier temperatures traveling from Ipoh in December, with highs in Miyakojima at °C and lows at °C. Wrap up your sightseeing on the 12th (Thu) early enough to travel to Ishigaki.
more less

Things to do in Miyakojima 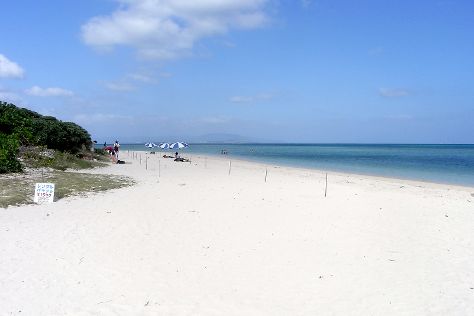 Ishigaki, the most populous island in the chain, features the country's southernmost city and acts as a transport hub for exploring the landmasses that surround.

Kick off your visit on the 13th (Fri): get outside with Kondoi Beach, head outdoors with Yonehara Beach, and then take in panoramic vistas at Tamatorizaki Observatory.

For maps, traveler tips, where to stay, and tourist information, you can read our Ishigaki online itinerary planner.

Traveling by flight from Miyakojima to Ishigaki takes 2.5 hours. Expect a daytime high around °C in December, and nighttime lows around °C. Cap off your sightseeing on the 13th (Fri) early enough to travel to Osaka.
more less

Things to do in Ishigaki

Start off your visit on the 14th (Sat): contemplate the long history of Fushimi Inari-taisha Shrine, thenstop by Dotonbori Tsuribori, and then shop like a local with Hankyu Umeda Honten. Keep things going the next day: step into the grandiose world of Nijo Castle, contemplate in the serene atmosphere at Toji, thenwander the streets of Minami (Namba), and finally take a stroll through Dotombori District.

To see maps, ratings, other places to visit, and other tourist information, read our Osaka online vacation planner.

Fly from Ishigaki to Osaka in 5.5 hours. Expect much colder temperatures when traveling from Ishigaki in December; daily highs in Osaka reach °C and lows reach °C. Cap off your sightseeing on the 15th (Sun) early enough to catch the train to Kyoto.
more less

Kyoto
Find places to stay Dec 13 — 15:
Hotels on TripAdvisor
Homes on Airbnb
Highlights from your plan

Attractions like Kiyomizu-dera Temple and Kodai-ji Temple make great kid-friendly stops. Get a sense of the local culture at Fushimi Inari-taisha Shrine and Tofuku-ji Temple. There's much more to do: contemplate in the serene atmosphere at Toji, stroll through Nanzen-ji Temple, don't miss a visit to Mt. Kurama, and take in the local highlights with Walking tours.

To find maps, traveler tips, other places to visit, and tourist information, refer to the Kyoto day trip planner.

You can take a train from Osaka to Kyoto in 1.5 hours. Other options are to drive; or take a bus. In December in Kyoto, expect temperatures between °C during the day and °C at night. Wrap up your sightseeing on the 19th (Thu) early enough to take a train to Tokyo.
more less

Start off your visit on the 20th (Fri): wander the streets of Odaiba District and then get a taste of the local shopping with Ginza.

Plan a trip to Tokyo easily and quickly by telling Inspirock to suggest an itinerary.

Take a train from Kyoto to Tokyo in 3 hours. Alternatively, you can fly; or drive. In December, plan for daily highs up to °C, and evening lows to °C. Wrap up your sightseeing by early afternoon on the 21st (Sat) to allow enough time to travel back home.
more less