You'll discover tucked-away gems like Mackenzie Beach and Dzhami Kebir Mosque. Get some cultural insight at Church of Saint Lazarus and Medieval Fort. There's much more to do: stroll through Finikoudes Beach, see the interesting displays at Municipal Museum of Natural History, take in the waterfront activity at Larnaka Marina, and don't miss a visit to Europe Square. 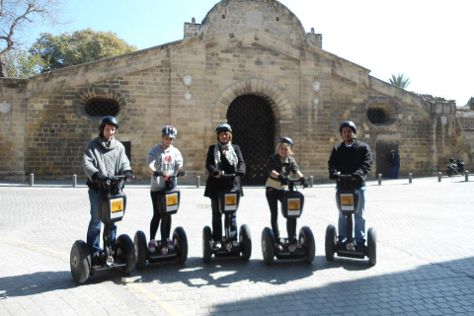 Start your trip to Nicosia by creating a personalized itinerary on Inspirock.

Drive from Larnaca to Nicosia in an hour. Alternatively, you can take a bus. Expect a bit warmer weather when traveling from Larnaca in August: highs in Nicosia hover around 43°C, while lows dip to 28°C. Wrap up your sightseeing by early afternoon on the 14th (Wed) to allow time for the car ride to Troodos.
more less

©
Your list of things to see and do now includes Panagia (Monastery) of Kykkos, Agios Nikolaos tis Stegis Church, Lania Village, and other attractions. On the next day, get your bearings at Visitors Center of the Troodos Geopark, take in the awesome beauty at Troodos Mountains, admire the sheer force of Caledonia Waterfalls, thenlook for gifts at Platres Chocolate Workshop, and finally admire the sheer force of Millomeris Waterfalls.

For traveler tips, maps, where to stay, and other tourist information, read Troodos trip planner.

You can drive from Nicosia to Troodos in 1.5 hours. Another option is to do a combination of bus and car. While traveling from Nicosia, expect a bit cooler days and about the same nights in Troodos, ranging from highs of 37°C to lows of 27°C. Wrap up your sightseeing on the 16th (Fri) to allow time to drive to Paphos.
more less

Things to do in Troodos

On the 17th (Sat), kick back and relax at Coral Bay and then explore the striking landscape at Sea Caves. On the 18th (Sun), you'll have a packed day of sightseeing: explore the historical opulence of Paphos Harbour Castle, explore the ancient world of Kato Paphos Archaeological Park, delve into the distant past at Tombs of the Kings, thenindulge in some personalized pampering at some of the best spas, and finally stroll through Aphrodite's Beach.

Traveling by car from Troodos to Paphos takes 1.5 hours. Alternatively, you can do a combination of car and bus. In August, daytime highs in Paphos are 37°C, while nighttime lows are 26°C. Wrap up your sightseeing on the 19th (Mon) early enough to drive to Limassol City.
more less 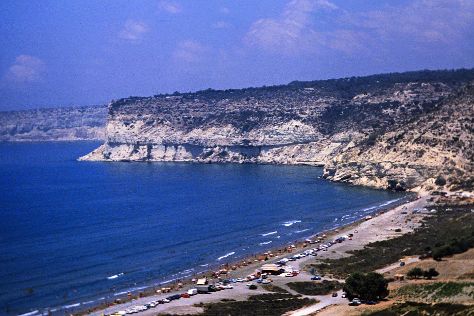 The second largest city in Cyprus, Limassol attracts locals and tourists alike with its sun and sea.

Your day-by-day itinerary now includes Limassol Marina, Promenade, Kourion Beach, and other attractions you added. Start off your visit on the 19th (Mon): delve into the distant past at The Sanctuary Of Apollo, delve into the distant past at Kourion, thentour the pleasant surroundings at Kourion Beach, thentake in the waterfront at Promenade, and finally go for a stroll along the water at Limassol Marina.

For more things to do, photos, reviews, and other tourist information, go to the Limassol City tour itinerary planner.

Drive from Paphos to Limassol City in an hour. Alternatively, you can take a bus. In August in Limassol City, expect temperatures between 37°C during the day and 27°C at night. Finish your sightseeing early on the 19th (Mon) so you can drive to Ayia Napa.
more less

Things to do in Limassol City

Kick off your visit on the 20th (Tue): get outside with Cape Greco, thencontemplate the waterfront views at Konnos Bay, thenenjoy the sand and surf at Kapparris Beach, and finally examine the collection at Outdoor Folk Art Museum For Traditional Crafts. Get ready for a full day of sightseeing on the next day: enjoy the sand and surf at Ammos Kambouri Beach, thenstroll through Glyki Nero Beach, thenlook for gifts at Taste of Life, and finally contemplate in the serene atmosphere at Ayia -Thekla Chapel.

To find reviews, traveler tips, more things to do, and more tourist information, you can read our Ayia Napa road trip app.

You can drive from Limassol City to Ayia Napa in 1.5 hours. Alternatively, you can take a bus. In August, daytime highs in Ayia Napa are 39°C, while nighttime lows are 27°C. Finish your sightseeing early on the 22nd (Thu) to allow enough time to drive to Protaras.
more less

Protaras is very close to Ayia Napa. In August, plan for daily highs up to 39°C, and evening lows to 27°C. You will leave for Larnaca on the 23rd (Fri).
more less 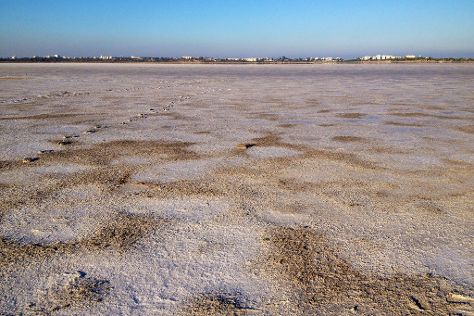 ©
You've now added Kyriazis Medical Museum to your itinerary. Enjoy Larnaca some more: contemplate in the serene atmosphere at Hala Sultan Tekke, explore the activities along Larnaka Salt Lake, and make a trip to Kamares Aqueduct.

Traveling by car from Protaras to Larnaca takes an hour. Alternatively, you can take a bus. You will leave for home on the 26th (Mon).
more less