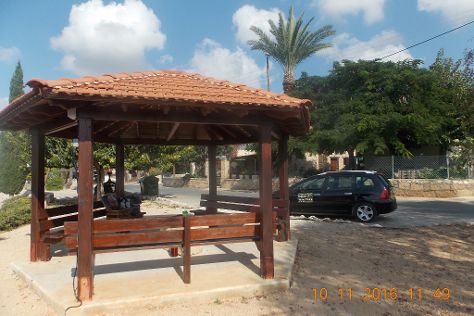 You've now added Paphos Wine Tours to your itinerary. Start off your visit on the 14th (Tue): see the top attractions with Paphos Wine Tours, don't miss a visit to Paphos Harbour and Port, explore the historical opulence of Paphos Harbour Castle, then delve into the distant past at Kato Paphos Archaeological Park, and finally see human ingenuity at work at Evretou Dam. On your second day here, explore the striking landscape at Aphrodite's Rock, then enjoy the sand and surf at Coral Bay, then delve into the distant past at Tombs of the Kings, and finally get interesting insight from Tours.

For reviews, more things to do, traveler tips, and other tourist information, refer to the Paphos route builder.

If you are flying in from United Kingdom, the closest major aiports are Paphos International Airport, RAF Akrotiri and Nicosia International Airport. In July in Paphos, expect temperatures between 36°C during the day and 25°C at night. Finish up your sightseeing early on the 15th (Wed) so you can travel back home.
more less