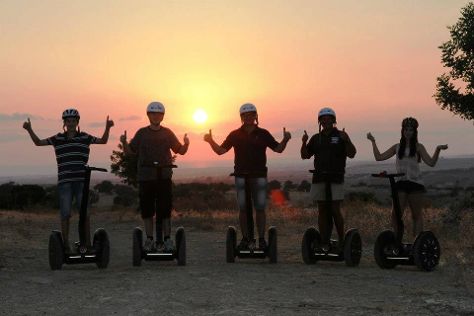 On the 18th (Fri), kick back and relax at Coral Bay, explore the ancient world of Kato Paphos Archaeological Park, thendelve into the distant past at The House of Dionysus, and finally see the sights in a new way with TrySegway Tours Paphos. Get ready for a full day of sightseeing on the 19th (Sat): explore the ancient world of Tombs of the Kings, discover the deep blue sea with a scuba or snorkeling tour, thenexplore the striking landscape at Aphrodite's Rock, and finally trot along with Horse Riding Paphos - Eagle Mountain Ranch.

To find reviews, more things to do, other places to visit, and tourist information, use the Paphos planning website.

Aphrodite's Rock, Coral Bay
Find places to stay May 18 — 19:
Hotels on TripAdvisor
Homes on Airbnb
Highlights from your plan