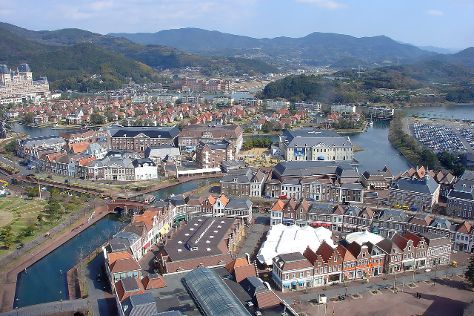 The hilly port city of Nagasaki has become known internationally as one of the two Japanese cities to be destroyed by an atomic bomb towards the close of World War II.

Step out of Nagasaki to go to Sasebo and see Huis Ten Bosch, which is approximately 1h 15 min away. There's still lots to do: get engrossed in the history at Nagasaki Atomic Bomb Museum, contemplate in the serene atmosphere at Kannondo, stroll around Nagao Castle Park, and examine the collection at Dejima.

Things to do in Nagasaki

Grapple with history and appreciate modernity in Hiroshima, a city known around the world for its tragic past and inspiring rebirth.

Explore the numerous day-trip ideas around Hiroshima: Hatsukaichi (Miyajima, Gojuno To, &more). There's lots more to do: contemplate the long history of Peace Memorial Park - Hiroshima, examine the collection at Hiroshima Peace Memorial Museum, admire the masterpieces at Hiroshima Museum of Art, and enjoy some diversion at SHA-RAKU Archery Experience.

To see reviews, photos, more things to do, and tourist information, refer to the Hiroshima sightseeing planner.

You can take a train from Nagasaki to Hiroshima in 3.5 hours. Other options are to drive; or take a bus. In March, daily temperatures in Hiroshima can reach 16°C, while at night they dip to 6°C. Finish your sightseeing early on the 23rd (Tue) so you can take a train to Himeji.
more less

Things to do in Hiroshima

Hatsukaichi
Find places to stay Mar 19 — 23:
Hotels on TripAdvisor
Homes on Airbnb
Highlights from your plan

The castle around which the city of Himeji has developed represents one of the best preserved in the country, and has been designated as a national treasure and a World Heritage Site.

Venture out of the city with trips to Akashi Kaikyo National Government Park (in Awaji), Okayama (Okayama Korakuen Garden & Okayama Castle) and Otabu Gyoko Genroku Bohatei (in Bizen). And it doesn't end there: step into the grandiose world of Himeji Castle, snap pictures at Akashi Kaikyo Bridge, take in the pleasant sights at Otokoyama Haisuiike Park, and take in the exciting artwork at ART NOMURA.

You can take a train from Hiroshima to Himeji in 1.5 hours. Other options are to drive; or do a combination of bus and train. In March, daily temperatures in Himeji can reach 14°C, while at night they dip to 7°C. Finish up your sightseeing early on the 26th (Fri) so you can catch the train to Kyoto.
more less

Things to do in Himeji

You'll find plenty of places to visit near Kyoto: Imperial Hotel Plaza Osaka (in Osaka) and Dotombori (Naniwa Meibutsu Ichibirian Dotombori & Dotombori District). There's much more to do: steep yourself in history at Kiyomizu-dera Temple, take in the spiritual surroundings of Ginkakuji Temple, step into the grandiose world of Osaka Castle, and take a stroll through Gion.

To find more things to do, where to stay, ratings, and tourist information, refer to the Kyoto trip planning tool.

Getting from Himeji to Kyoto by train takes about 1.5 hours. Other options: drive; or take a bus. Expect a daytime high around 16°C in March, and nighttime lows around 5°C. Cap off your sightseeing on the 30th (Tue) early enough to go by car to Kanazawa.
more less

Osaka
Find places to stay Mar 26 — 30:
Hotels on TripAdvisor
Homes on Airbnb
Highlights from your plan 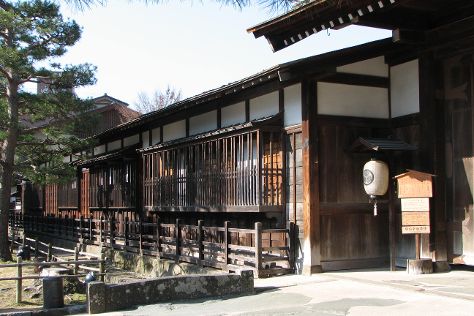 Traveling by car from Kyoto to Kanazawa takes 3 hours. Alternatively, you can take a train; or take a bus. Traveling from Kyoto in March, expect nights in Kanazawa to be about the same, around 3°C, while days are slightly colder, around 13°C. Finish your sightseeing early on the 3rd (Sat) to allow enough time to drive to Fujikawaguchiko-machi.
more less

Things to do in Kanazawa 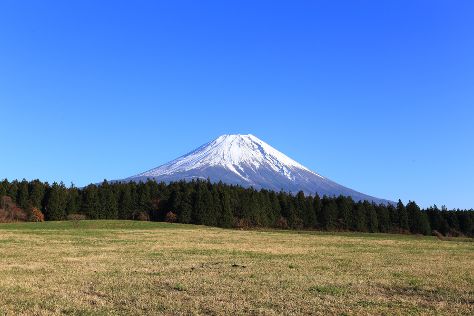 A resort town located in the foothills of Mount Fuji, Fujikawaguchiko-machi acts as a base for many who plan to take one of the trails up the iconic volcano.

Drive from Kanazawa to Fujikawaguchiko-machi in 4.5 hours. Alternatively, you can do a combination of train and bus; or take a train. When traveling from Kanazawa in April, plan for a bit cooler days and somewhat warmer nights in Fujikawaguchiko-machi: temperatures range from 15°C by day to 13°C at night. Finish up your sightseeing early on the 6th (Tue) so you can go by car to Tokyo.
more less

Things to do in Fujikawaguchiko-machi

Tokyo is known for historic sites, parks, and shopping. Your plan includes some of its best attractions: admire the natural beauty at Shinjuku Gyoen National Garden, don't miss a visit to Meiji Jingu Shrine, stroll around Ueno Park, and make an unforgettable trip to Tokyo Disneyland.

To find other places to visit, maps, reviews, and other tourist information, use the Tokyo trip itinerary builder.

Urayasu
Find places to stay Apr 6 — 12:
Hotels on TripAdvisor
Homes on Airbnb
Highlights from your plan