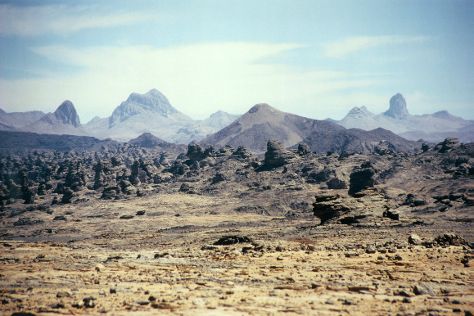 To see other places to visit, photos, and other tourist information, refer to the Tibesti Region journey site .

London, UK to Tibesti Region is an approximately 32-hour combination of flight and car. You'll lose 1 hour traveling from London to Tibesti Region due to the time zone difference. You will leave for Fada on the 14th (Thu).
more less

Things to do in Tibesti Region 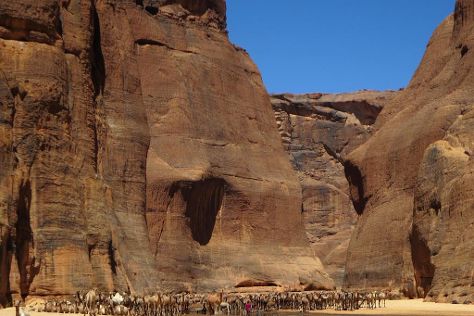 ©
Fada is the capital of the Ennedi-Ouest Region of Chad, which was created in 2012 from the western half of the Ennedi Region.Lying in the Ennedi Plateau, it has a population of 23,786 . Fada is known for outdoors. Your plan includes some of its best attractions: head outdoors with Guelta d’Archei.

To see photos, maps, reviews, and other tourist information, refer to the Fada online trip builder .

The Route module can help you plan travel from Tibesti Region to Fada. On the 23rd (Sat), you're off toBaga Sola.
more less

Things to do in Fada

Outdoors
Find places to stay Nov 14 — 23:
Hotels on TripAdvisor
Homes on Airbnb
Highlights from your plan

©
Baga Sola is known for parks. Your plan includes some of its best attractions: stroll through Lake Chad.

Use the Route module to find suitable travel options from Fada to Baga Sola. In November, plan for daily highs up to 39°C, and evening lows to 23°C. You will leave for Moundou on the 3rd (Tue).
more less

Things to do in Baga Sola

Moundou is the second largest city in Chad and is the capital of the region of Logone Occidental.The city lies on the Mbéré River (a tributary of the Western Logone) some 475 kilometres south of the capital N'Djamena. Moundou is known for breweries & distilleries. Your plan includes some of its best attractions: sample the tasty concoctions at Gala Brewery.

For other places to visit, traveler tips, more things to do, and other tourist information, go to the Moundou tour site .

Use the Route module to find suitable travel options from Baga Sola to Moundou. When traveling from Baga Sola in December, plan for somewhat warmer days and about the same nights in Moundou: temperatures range from 39°C by day to 19°C at night. On the 12th (Thu), you're off toN'Djamena.
more less

Things to do in Moundou

Chad's capital and largest city, N'Djamena serves as the main port on the Chari River, and a hub for livestock, grain, and salt.

N'Djamena is known for museums, shopping, historic sites, nightlife, and fun & games. Your plan includes some of its best attractions: browse the exhibits of Musée National du Tchad, shop like a local with Big Market Marché central, explore and take pictures at Avenue Charles de Gaulle, and take in the spiritual surroundings of Grand Mosque N'Djamena.

For traveler tips, where to stay, reviews, and tourist information, read our N'Djamena trip planner .

Fly from Moundou to N'Djamena in 1.5 hours. Alternatively, you can drive. In December in N'Djamena, expect temperatures between 38°C during the day and 19°C at night. You will leave for home on the 21st (Sat).
more less

Things to do in N'Djamena