Satisfy your inner culture vulture at Tombs of the Kings and Kato Paphos Archaeological Park. Take a break from the city and head to Scuba & Snorkeling and Coral Bay. Change things up with these side-trips from Paphos: Kolossi Castle (in Limassol City), Akamas Peninsula National Park (in Neo Chorion) and Aphrodite's Rock (in Kouklia). Next up on the itinerary: sample the tasty concoctions at Aphrodite's Rock Brewing Company, pause for some serene contemplation at Church of Panagia Theoskepasti, explore the historical opulence of Paphos Harbour Castle, and explore the ancient world of Panagia of Sintis.

For more things to do, reviews, where to stay, and more tourist information, you can read our Paphos planner.

If you are flying in from Israel, the closest major aiports are Paphos International Airport, RAF Akrotiri and Nicosia International Airport. In January in Paphos, expect temperatures between 20°C during the day and 10°C at night. Wrap up your sightseeing on the 8th (Wed) to allow time to drive to Platres.
more less 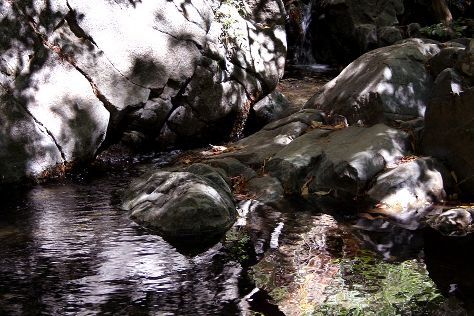 ©
Platres is a mountainous village in Cyprus. Start off your visit on the 9th (Thu): contemplate in the serene atmosphere at Agios Nikolaos tis Stegis Church, then admire the sheer force of Mesa Potamos Waterfalls, then admire the sheer force of Caledonia Waterfalls, and finally do a tasting at Nelion Winery. Get ready for a full day of sightseeing on the 10th (Fri): do a tasting at Tsiakkas Winery and then explore the historical opulence of Saint Hilarion Castle.

Plan my trip to Platres with suggested itineraries provided by Inspirock.

Drive from Paphos to Platres in 1.5 hours. In January, plan for daily highs up to 19°C, and evening lows to 9°C. Wrap up your sightseeing by early afternoon on the 11th (Sat) to allow time for the car ride back home.
more less

Things to do in Platres