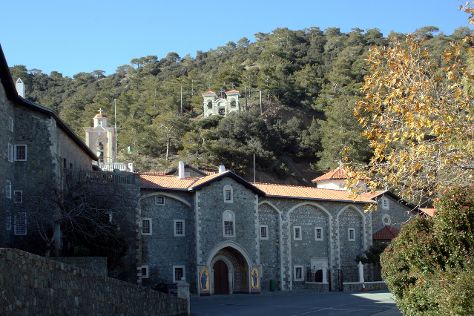 Take a break from the city and head to Coral Bay and Aphrodite's Rock. Tombs of the Kings and Limassol Castle will appeal to history buffs. Explore the numerous day-trip ideas around Paphos: Pissouri Beach (in Pissouri), Panagia (Monastery) of Kykkos (in Pedoulas) and Limassol City (Kolossi Castle, Kourion, &more). There's much more to do: delve into the distant past at Kato Paphos Archaeological Park, tour the pleasant surroundings at Governor's Beach, kick back and relax at Lara Beach, and see some colorful creatures with Coral Bay Divers.

For photos, ratings, other places to visit, and other tourist information, read Paphos trip planning website.