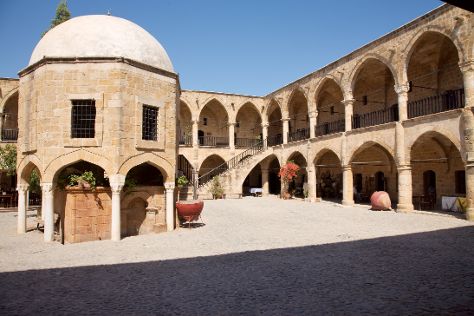 Start off your visit on the 9th (Sat): explore the ancient world of Bellapais Monastery.

To find other places to visit, photos, ratings, and more tourist information, use the Kyrenia trip planner.

Zurich, Switzerland to Kyrenia is an approximately 9-hour flight. You can also do a combination of car and ferry; or do a combination of bus and ferry. You'll lose 1 hour traveling from Zurich to Kyrenia due to the time zone difference. Traveling from Zurich in March, expect Kyrenia to be somewhat warmer, temps between 23°C and 9°C. Cap off your sightseeing on the 10th (Sun) early enough to go by car to Ayia Napa.
more less

For more things to do, where to stay, maps, and tourist information, read Ayia Napa online trip builder.

Traveling by car from Kyrenia to Ayia Napa takes 2 hours. Alternatively, you can take a bus. In March, daytime highs in Ayia Napa are 23°C, while nighttime lows are 10°C. Cap off your sightseeing on the 14th (Thu) early enough to go by car to Paphos.
more less 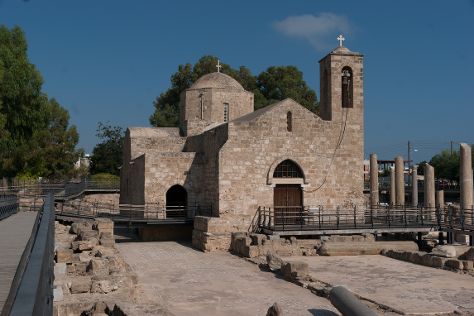 On the 15th (Fri), kick back and relax at Coral Bay, explore the ancient world of Tombs of the Kings, contemplate in the serene atmosphere at Panagia Chrysopolitissa Church, then make a trip to Saint Paul's Pillar, and finally take in the architecture and atmosphere at Church of Agia Kyriaki and post St. Paul. Here are some ideas for day two: discover the deep blue sea with a scuba or snorkeling tour, delve into the distant past at Kato Paphos Archaeological Park, and then delve into the distant past at The House of Dionysus.

Traveling by car from Ayia Napa to Paphos takes 2.5 hours. Alternatively, you can take a bus. In March in Paphos, expect temperatures between 22°C during the day and 11°C at night. Finish your sightseeing early on the 16th (Sat) to allow enough time to travel back home.
more less