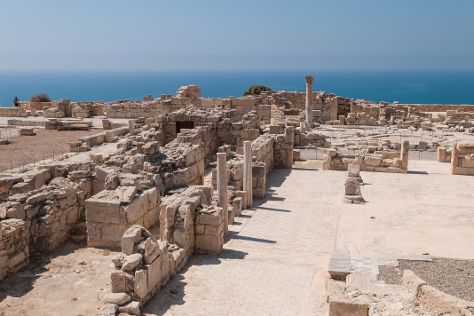 Get some historical perspective at Tombs of the Kings and Kato Paphos Archaeological Park. Do some cultural sightseeing at Kourion and Agios Neophytos Monastery. Explore Paphos' surroundings by going to Kikis Pandechis Pottery (in Paramytha), Limassol (The Sanctuary Of Apollo, AQUA Shop, &more) and Pissouri Beach (in Pissouri). There's lots more to do: take in the dramatic natural features at Aphrodite's Rock, contemplate the long history of Mavi Kosk - Blue House, kick back and relax at Lara Beach, and step into the grandiose world of Paphos Harbour Castle.